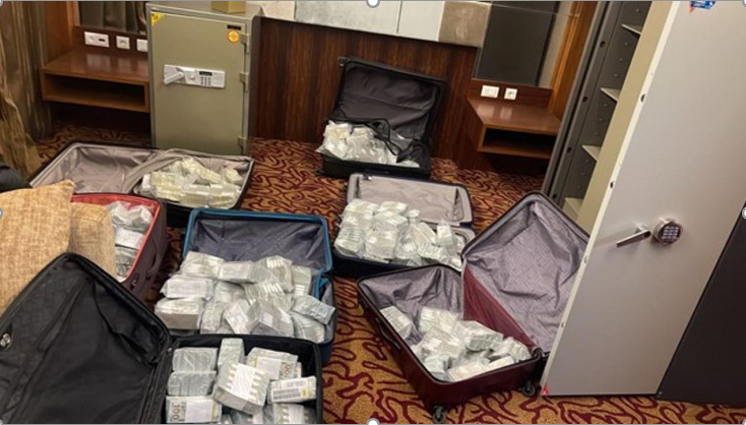 NUR-SULTAN, March 10 – Sputnik. The investigation into the case of the former head of the KNB of Kazakhstan, Karim Massimov, has established numerous signs  corruption.

According to the press service of the National Security Committee of Kazakhstan, the criminal investigation on suspicion of Massimov and other persons of treason, preparation for a violent seizure of power and abuse of power is ongoing.

The committee reported that along with this, during the investigation, numerous signs of corruption were established in Massimov’s actions.

The KNB reports: “The facts of illegal receipt of real estate, expensive gifts, including cultural values, significant funds from representatives of the domestic business community and foreign entities have been documented. In particular, an investigation is underway into the fact that Massimov as chairman of the KNB received a bribe in the amount of $2 million from representatives of a foreign state under one of the closed contracts.”

The committee reported that the money received from Hong Kong was transferred to the National Bank of Kazakhstan.

An investigation has also been launched into the fact that Karim Massimov during his tenure as prime minister received an elite guesthouse and a land plot in the capital worth about 2.5 billion tenge from one of the business structures.

After Massimov was arrested in January 2022, $17.2 million in cash was seized from this guest house, as well as numerous luxury items – luxury watches, gold bars, antiques and much more.

In addition, his 11 expensive business class cars were confiscated.

The KNB also reported that property was seized – two luxury apartments in Nur-Sultan, two apartments and a mansion in Almaty, as well as a 1-hectare land plot on the lake in the Shchuchinsko-Borovsk resort area.

$5.1 million was confiscated and arrested from Masimov’s “close ties”.

At the same time, work was organized to search for, arrest and return to Kazakhstan even larger funds illegally withdrawn by Massimov and his entourage to accounts in foreign banks. Active investigative measures are being carried out based on all this facts.

Recall that Karim Massimov was removed from the post of head of the National Security Committee of Kazakhstan on January 6 after mass riots. On January 8, it became known about his arrest. It was also reported about the arrest of two of his deputies – Anuar Sadykulov (Head of the Special Purpose Service “A”) and Daulet Yergozhin.

Earlier it was reported that the criminal case is being investigated on the signs of crimes under three articles of the Criminal Code. In addition to treason and actions aimed at forcibly seizing power or forcibly changing the constitutional order of Kazakhstan, the suspects are charged with “exceeding power” in order to gain benefits and advantages for themselves or other persons or organizations, or to harm other persons or organizations. The case was given the status “Top Secret”.

Another of the deputies – the nephew of the ex-president of Kazakhstan Nursultan Nazarbayev Samat Abish was fired.

On February 7, the first deputy director of the Special Purpose Service “A” of the KNB and the head of the Center for this service were detained. They are suspected of abuse of power. On February 17, it became known that the ex-head of the department of the KNB of Almaty was also under investigation.